While in Oxford, I drew a series of six images alluding to the idea of being lost and displaced. I interpreted this to symbolise anything unknown, unusual, or without context. All the drawings are from observation and depict real scenes I saw on the trip. 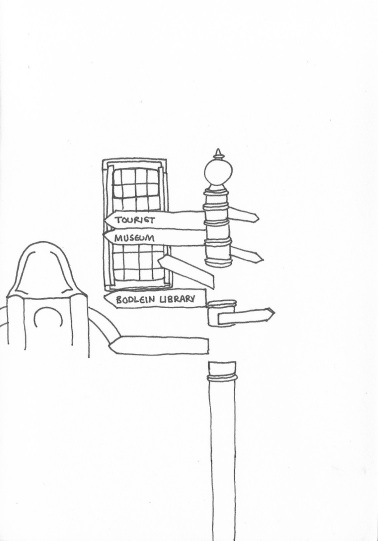 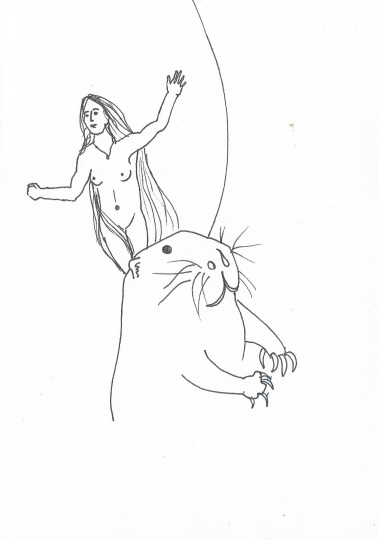 (1) This drawing signifies the feeling of being lost when in a new place, where the signposts are the only reassurance of going in the right direction. Even then, it can still feel useless, particularly if you don’t speak the language, hence the disappearance of parts of the pole and words.

(2) This taxidermy animal in the Natural History Museum weirdly had a renaissance picture behind it. The animal looks lost like it’s found itself in the wrong place by accident and I thought the contrast between the two objects was funny. It seems like someone misplaced them by putting them together as if it was a mistake. 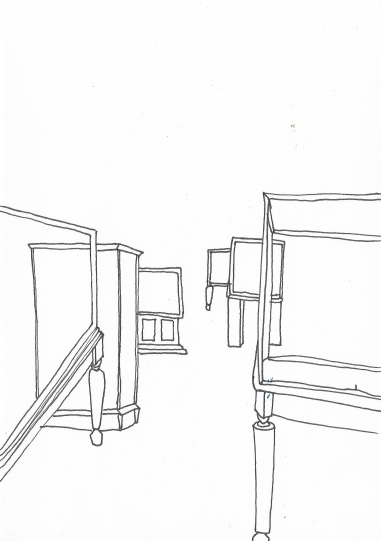 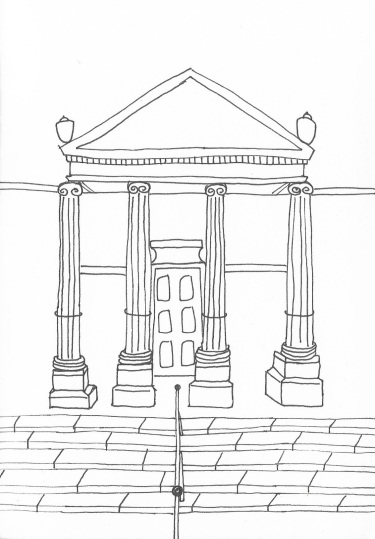 (3) The Pitt Rivers Museum was full of display cases showing many weird and wonderful objects. The entire floor space was occupied by the glass cases, making for a confusing time trying to look round everything. It reminded me of a maze and reiterated that feeling of being lost and surrounded by unknown things.

(4) When visiting the Ashmolean, I was surprised to turn the corner and see the ancient style building reminiscent of the British Museum – I didn’t expect it. It felt displaced being just seconds away from shops and supermarkets like it should’ve had grounds or gardens around it instead. 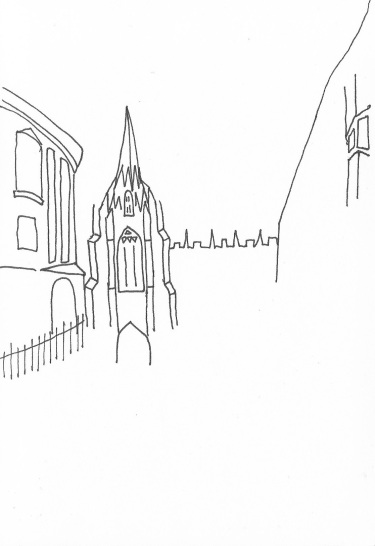 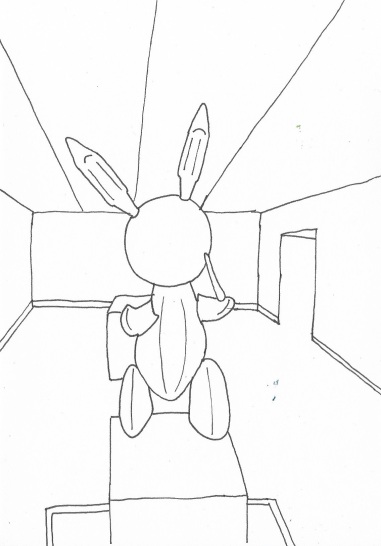 (5) Drawing some of the architecture but with little detail alludes to the feeling of being lost as it’s difficult to place yourself somewhere without the full picture. As most buildings in Oxford were of a similar style, this could be the view from a multitude of places nearby

(6) The Jeff Koons exhibition felt displaced in itself due to the contrast between his style of work and the location in the classical building of the Ashmolean. Without context, his balloon sculptures are confusing. Why is there a balloon animal in a gallery? 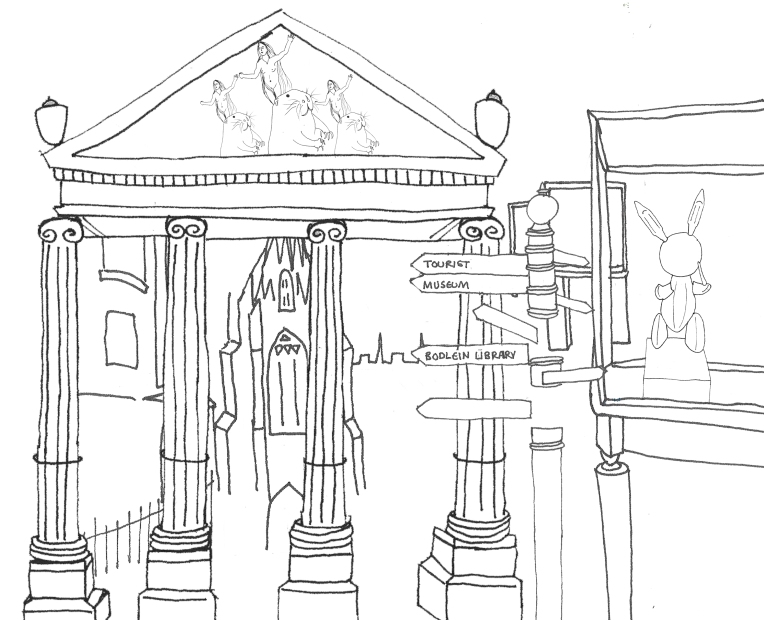